Worship Guide for May 29 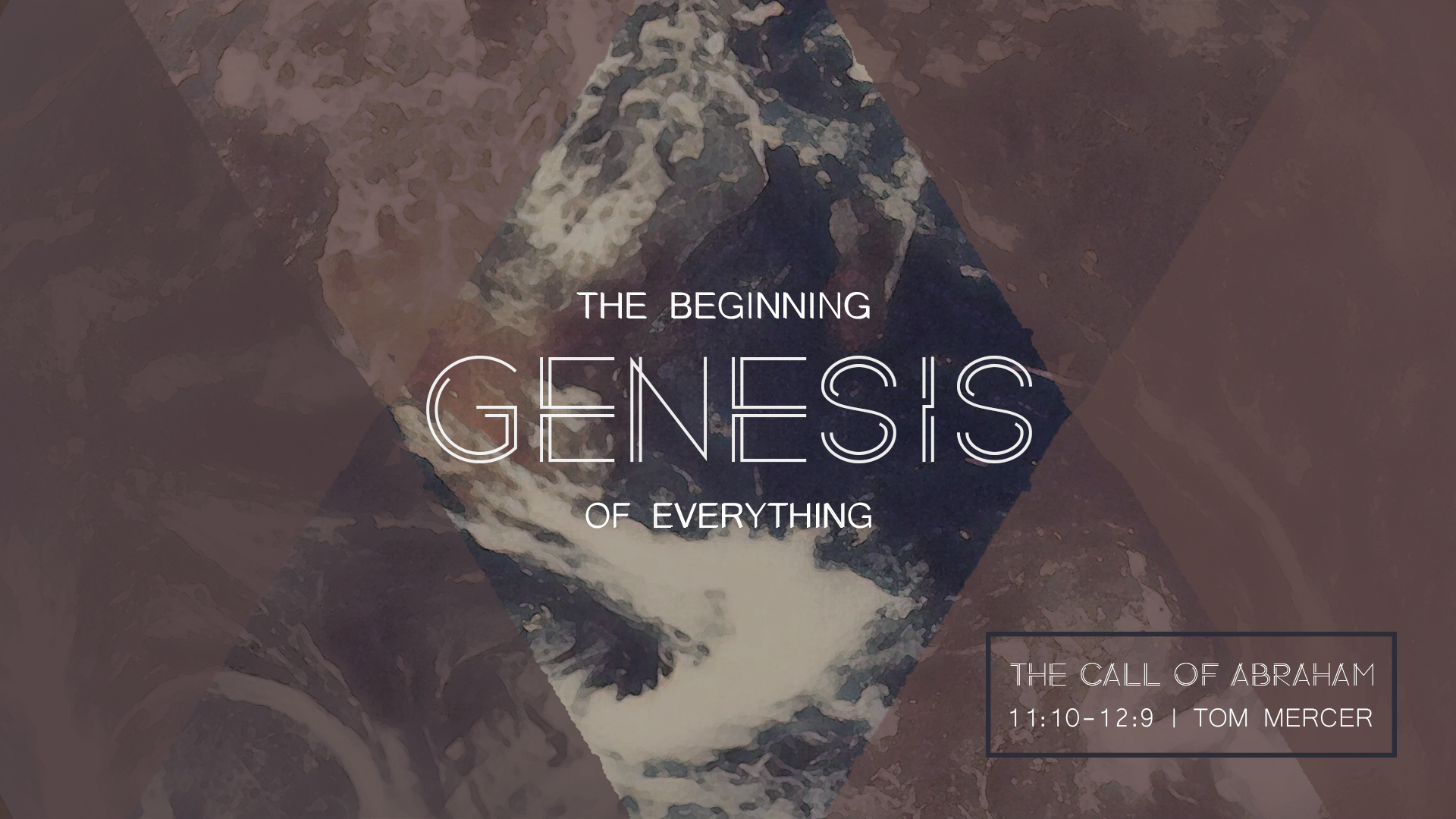 26 When Terah had lived 70 years, he fathered Abram, Nahor, and Haran.

27 Now these are the generations of Terah. Terah fathered Abram, Nahor, and Haran; and Haran fathered Lot. 28 Haran died in the presence of his father Terah in the land of his kindred, in Ur of the Chaldeans. 29 And Abram and Nahor took wives. The name of Abram's wife was Sarai, and the name of Nahor's wife, Milcah, the daughter of Haran the father of Milcah and Iscah. 30 Now Sarai was barren; she had no child.

31 Terah took Abram his son and Lot the son of Haran, his grandson, and Sarai his daughter-in-law, his son Abram's wife, and they went forth together from Ur of the Chaldeans to go into the land of Canaan, but when they came to Haran, they settled there. 32 The days of Terah were 205 years, and Terah died in Haran.

1 Now the Lord said to Abram, “Go from your country and your kindred and your father's house to the land that I will show you. 2 And I will make of you a great nation, and I will bless you and make your name great, so that you will be a blessing. 3 I will bless those who bless you, and him who dishonors you I will curse, and in you all the families of the earth shall be blessed.”

4 So Abram went, as the Lord had told him, and Lot went with him. Abram was seventy-five years old when he departed from Haran. 5 And Abram took Sarai his wife, and Lot his brother's son, and all their possessions that they had gathered, and the people that they had acquired in Haran, and they set out to go to the land of Canaan. When they came to the land of Canaan, 6 Abram passed through the land to the place at Shechem, to the oak of Moreh. At that time the Canaanites were in the land. 7 Then the Lord appeared to Abram and said, “To your offspring I will give this land.” So he built there an altar to the Lord, who had appeared to him. 8 From there he moved to the hill country on the east of Bethel and pitched his tent, with Bethel on the west and Ai on the east. And there he built an altar to the Lord and called upon the name of the Lord. 9 And Abram journeyed on, still going toward the Negeb.

Summary: Consider the first 11 chapters of Genesis. God creates the world good, places man and woman in the garden, and calls them to be fruitful, multiply, and fill the earth as his image bearers. Right out of the gate, they sin against God, cutting short their sinless joy, looking not to obey God but to be like him as an equal. God meets them with judgment and grace, removing them from the garden, but promising that he would send a rescuer, one who would come from the woman to save and redeem the man and woman from the curse and return them to God’s presence. As the story marches on the need for a rescuer does not diminish but increases as seen in the great wickedness of Noah’s day. Again, God brings judgment in the flood but grace in the salvation through the ark. Yet even though there is a new beginning, the problem remains as the people gather to build the tower to make a name for themselves. This continues the downward cycle of sin and death. Do you not see the need for a Savior? Restarting life is not the answer. So after three great human debacles (the fall, the flood, and the folly of the tower of Babel), God brings three great promises to Abram, a descendent of Shem, son of Noah, and offspring of Adam. This is a turning point in the unfolding plan of redemptive history as we find hope in the redemption that comes through Abram.

How has your view on genealogies of the bible changed?

How does God promise to bless Abram?

How do the promises of God help us walk by faith?

How does Abram's response challenge your walk of faith?

How do God's promises fuel faith, worship, and obedience?

How does Jesus fulfill the promises of God?